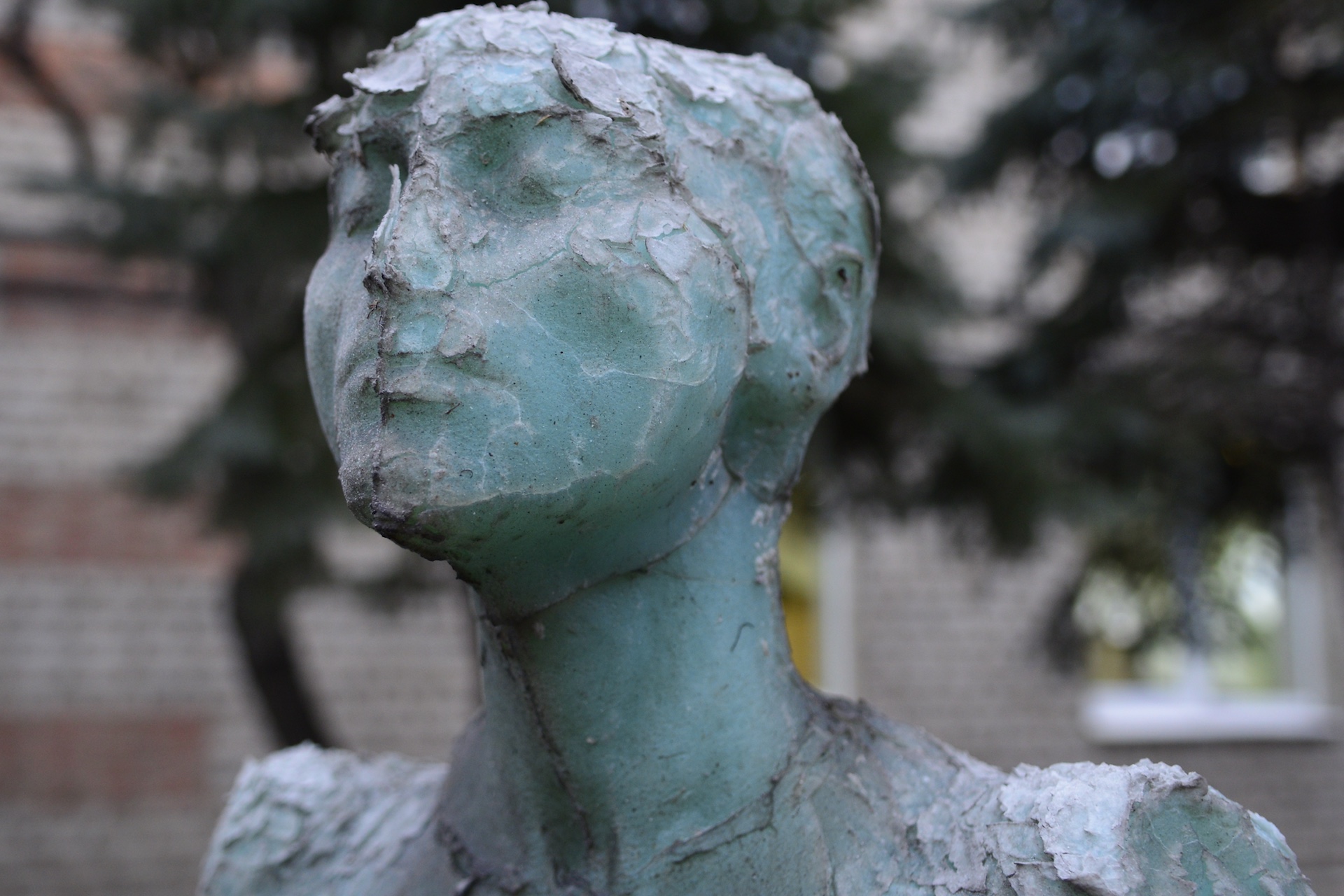 In 2012, the exhibition Gender in IZOLYATSIA opened in the MEDPUNKT (‘MEDICAL STATION’) space, which the artist from Crimea Maria Kulikovska participated in.
Maria Kulikovska soap sculpture. Source: 2012, Dima Sergeev.

Having used her experience of working with casts of the body, in the same year Kulikovska, alongside curator Olena Chervonik, created the project Homo Bulla. It is a series of three soap sculptures: clones of the artist herself underneath the open sky on the site of the industrial zone.

Homo bulla is a Latin metaphorical expression. It speaks of human life as a delicate soap bubble, which is iridescent for just a brief moment and then is broken from the smallest breath of wind. In the mid-16th century homo bulla, popularised by Erasmus of Rotterdam, became a famous phrase and entered into the vocabulary of vanitas artworks: still-lives and genre scenes allegorically demonstrating the ephemerality of human existence and the brevity of life.

Maria Kulikovska continued the vanitas tradition in her own way, having created soap replicas of her own body. As envisioned by the artist, under the sun and the rain the soap solution would flow off the metal spines of the sculptures, dissolving in nature in the same way as human bodies after death. In such a manner, the birth of the sculptures in the ‘Izolyatsia’ Foundation warehouse was just the start of the art project. The three translucent sculptures around the industrial site fast became one of the recognisable symbols of the Foundation. 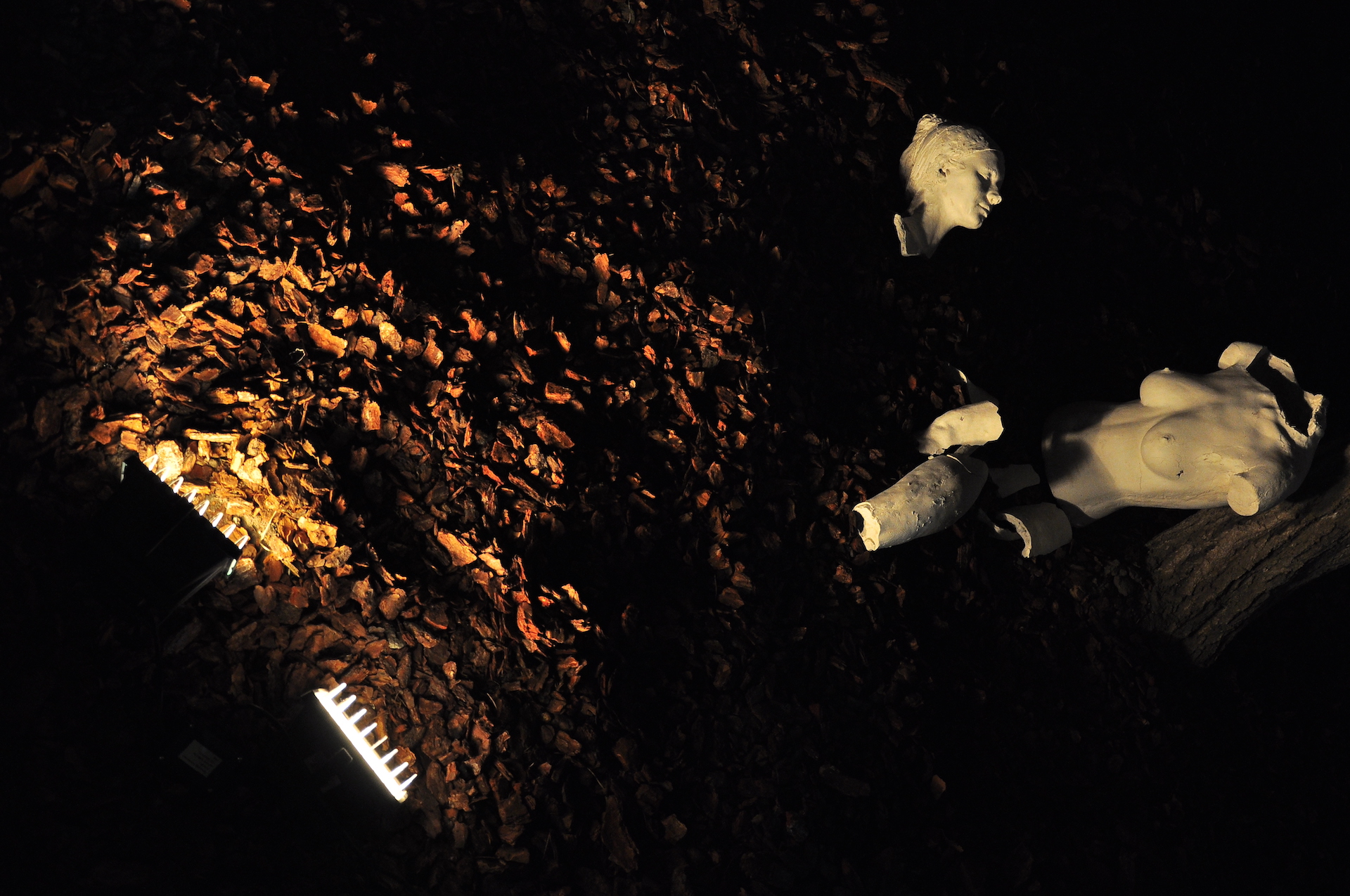 After the seizure of the ‘Izolyatsia’ Foundation in 2014, the team did not have access to the factory site, but journalists from the Russian opposition publications Dozhd and Forbes managed to get in there. And so it became known that Maria Kulikovska’s works had been moved to a former warehouse, which the Russia-backed illegal armed formations had turned into a shooting range. The Homo Bulla sculptures were used, amongst other things, as targets.

In 2019 the Ukrainian director Daria Onishchenko shot the film Zabuti (‘The Forgotten Ones’), which tells the story of normal people who remain in occupied Luhansk. Maria Kulikovska played a journalist from a propaganda channel who shoots at the Homo Bulla sculptures.

According to the artist, she had already developed the idea of shooting her own sculptures for a long time, and had already done performances featuring the destruction of her own works in the Saatchi Gallery in London and the Mystetskyi Arsenal in Kyiv. The scene in the film became the metaphorical completion of Homo Bulla.

“Now I know how everything really happens in war. To reproduce it all, to feel it, is psychologically important for me. This performance gave me the opportunity to understand that only I can truly be the owner of my own body and my own life.”, Maria Kulikovska speaking on this experience.