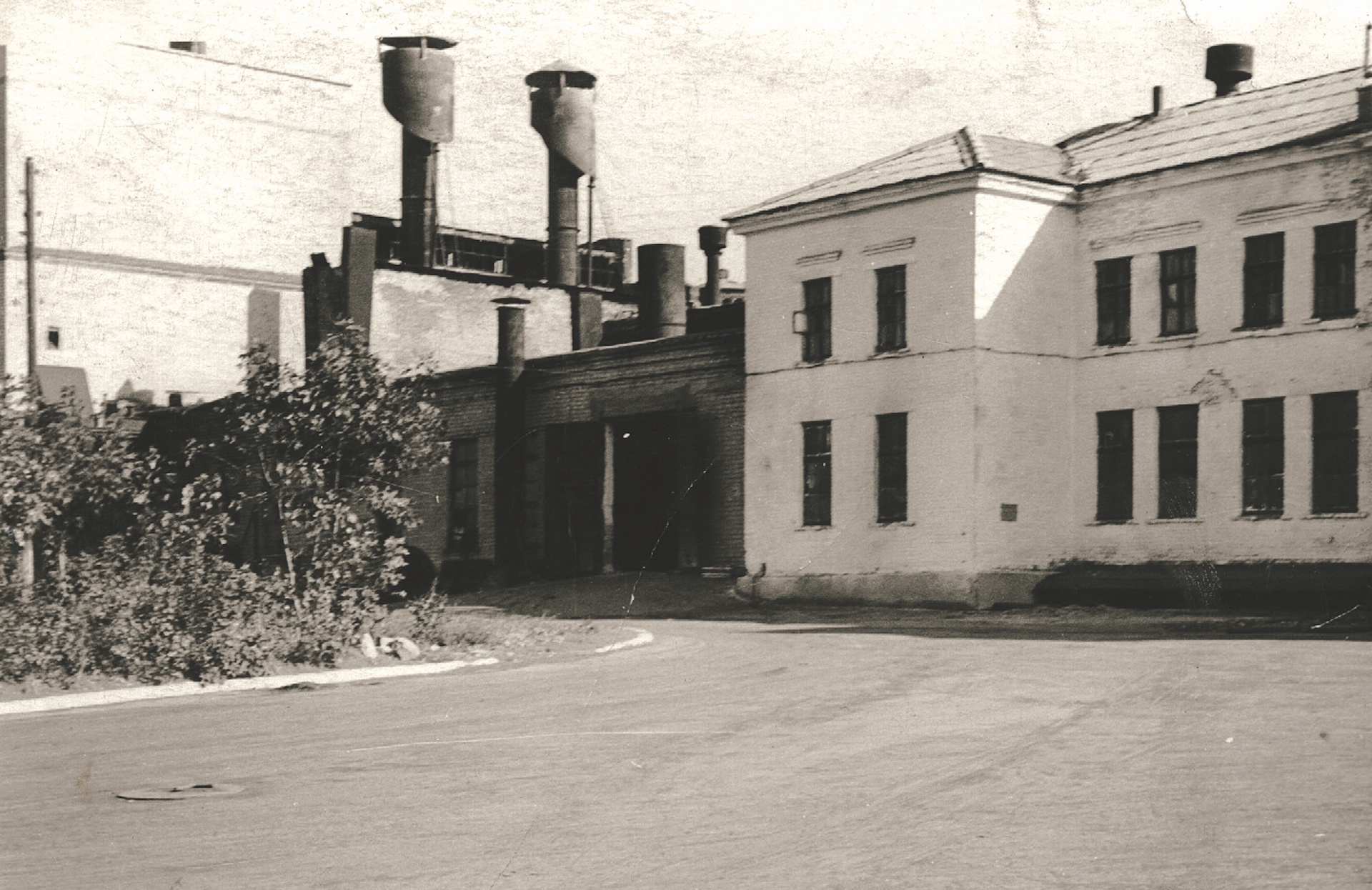 In the building behind the plant management offices there was a medical station when the factory was still in operation. Workers at the insulating materials plant could receive first aid and emergency medical treatment. After the enterprise collapsed, the medical station buildings remained in an almost primordial form, with medical implements and hospital furniture left behind. 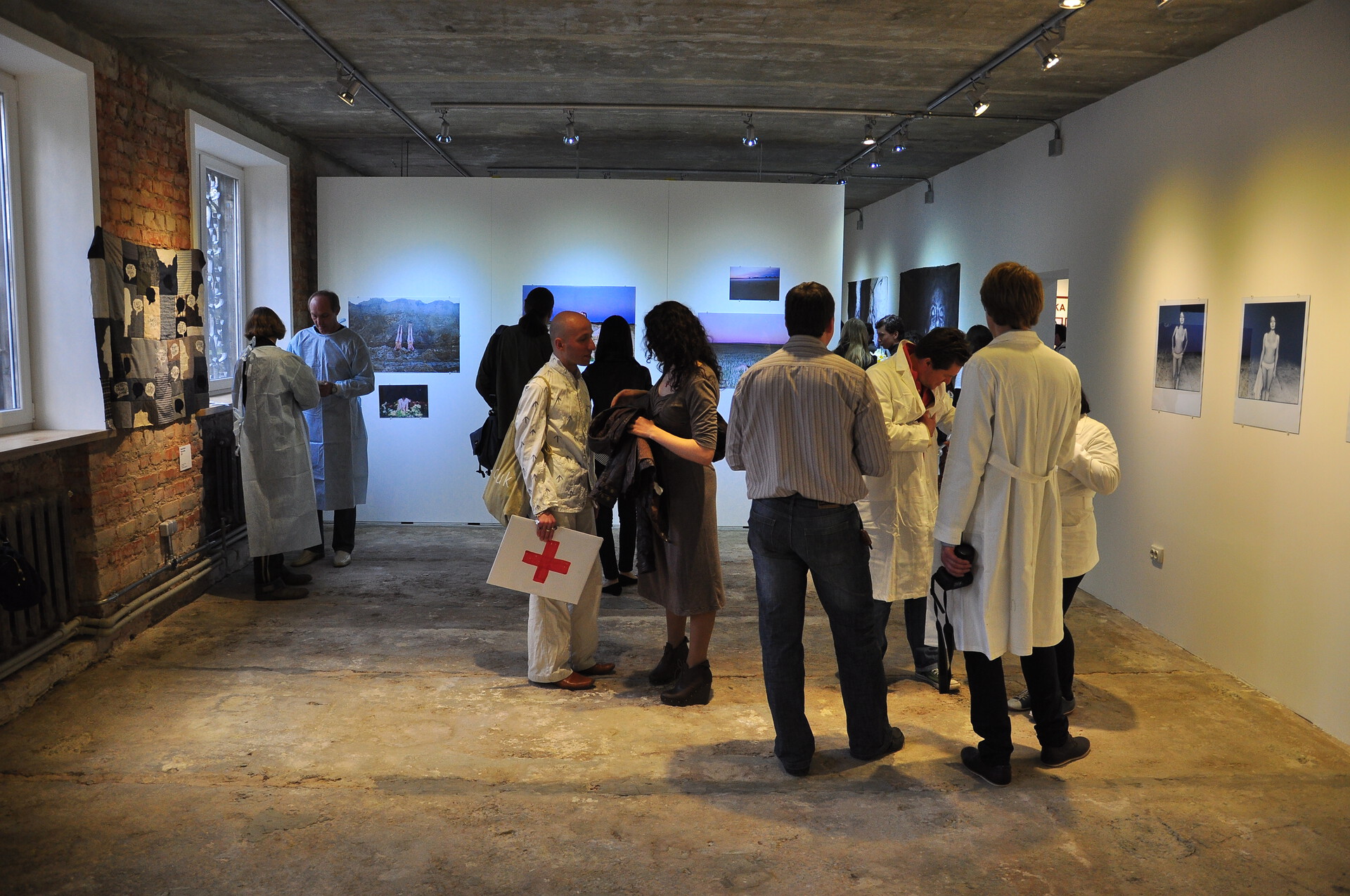 In 2012 a new gallery opened on the site of the former medical station.
Gender in IZOLYATSIA exhibition. Source: 2012, Dima Sergeev..

The hospital décor remained untouched, and so the new space was named MEDPUNKT (MEDICAL STATION). Insofar as a medical station is a place for initial diagnosis of an illness, the organisers called it a ‘place for measuring the social temperature’. The gallery was assigned for ‘rapid response’ exhibitions and projects, which showed the symptoms of and open wounds in the social and cultural corpus of Ukrainian society.

The first MEDPUNKT project, which was significant for the space, was Gender in IZOLYATSIA (2012). The exhibition posed the question of where and how to find a place of psychological freedom in a society in which narrow and overly limited gender roles play a part. The project stimulated the audience to wonder: are there potential opportunities to escape from patriarchal limitation in the contemporary Ukrainian context?

MEDPUNKT was not limited to work with contemporary art which, whilst important, was not always easy to understand for the local population. In 2012 Donetsk: Artifacts also opened in the gallery, an exhibition-inquiry into the history of the city through work with archives, drawing from the post-war renaissance, painterly canvases from the times when socialism was developing, maps and tourist albums. The exhibition offered visitors the opportunity to ‘give a diagnosis to Donetsk’ and conceptualise the past and present of the city.

The first fab lab in Ukraine opened in 2013 in the ‘Izolyatsia’ Foundation. It was a free-to-use a digital workshop in which one can make almost anything at all: from sweets, toys and jewellery items to cars and precision instruments. This is all possible thanks to an array of digitally controlled machines: a 3D printer, a laser cutter, a CNC mill and so on.

Designers, engineers, and architects could use all the instruments needed for their projects, educational events were held for them, including those for beginners. The workshop was accessible not just to specialists, but to all those who were interested in science and technology. 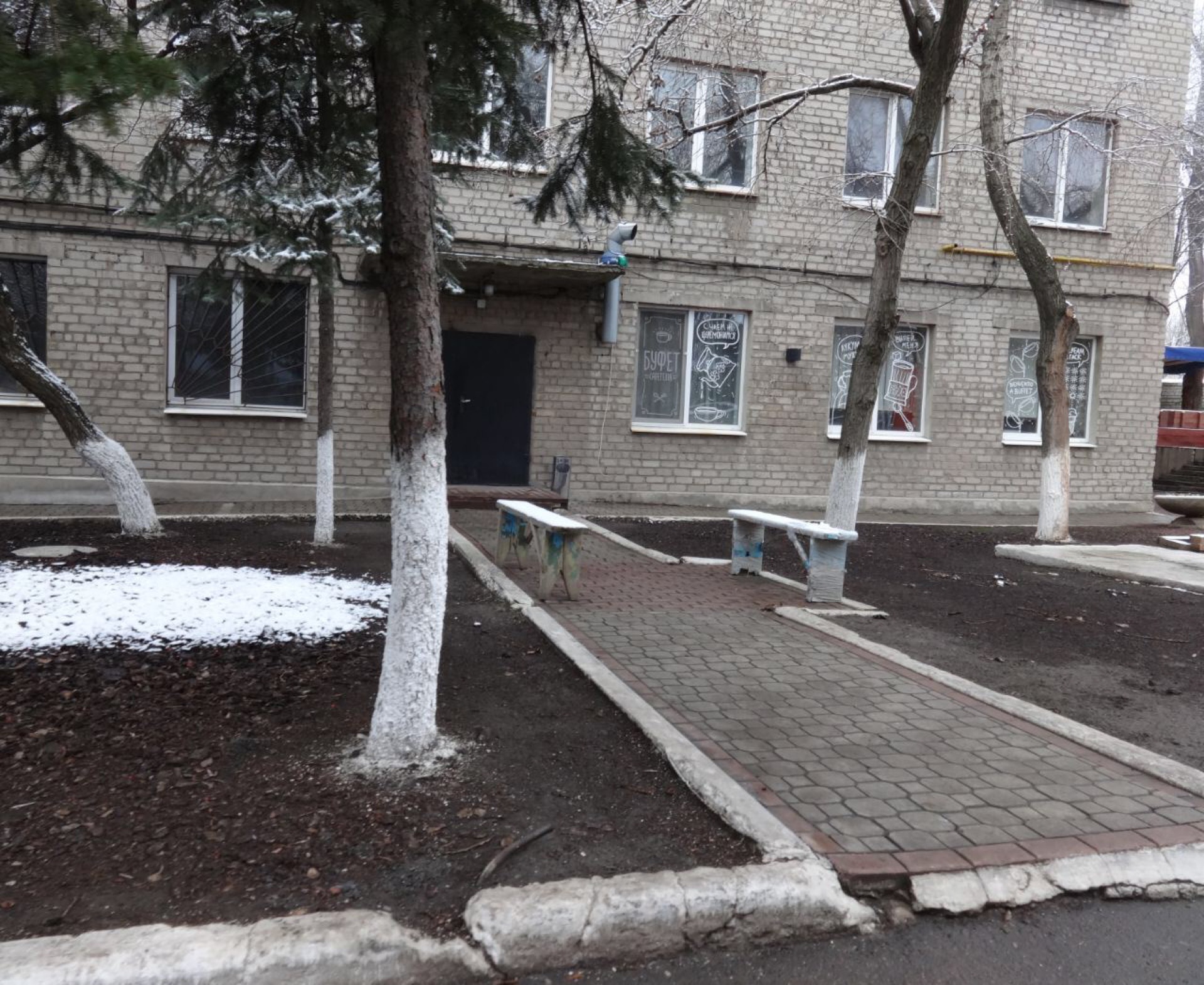 After the seizure of the ‘Izolyatsia’ Foundation in 2014, the Russia-backed illegal armed formations ransacked the equipment and the Foundation’s collection. Part of the equipment and artwork was destroyed or sold for scrap. The fate of some things was traced successfully: in particular, the manufacturer provided the information that updates for the digital laser cutter was installed from the territory of Ukraine temporarily occupied by Russia in the Autonomous Republic of Crimea and Sevastopol.

The MEDPUNKT gallery buildings were turned into a warehouse for weapons and ammunition. According to the testimonies of those released from the ‘Izolyatsia’ illegal prison, there is no appropriate protection of the warehouse, and the representatives of the Russian occupation administration neglect the rules for handling ordnance, which constitutes additional risk to life and health. Part of the building was turned into a food store: in particular, former prisoners recall spoiled sweets and ‘Konti’-brand biscuits.

A kitchen and cafeteria for detainees has been set up next door to the Medical station, where there used to be a café for residents and visitors of the ‘Izolyatsia’ Foundation. According to the prisoners themselves, they receive two meals a day, mostly various types of cereals and stew. Food is often tainted. At the same time, at least in 2014-2015, multi-day food deprivation was practised to force prisoners to confess to their alleged ‘crimes’.